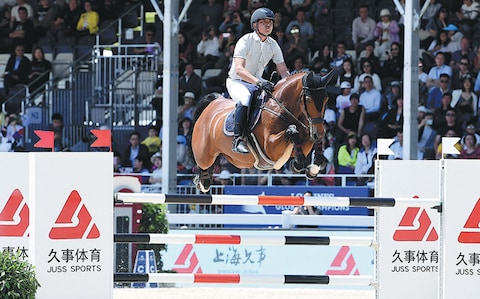 hina’s efforts to move up in the equestrian world are gaining pace, with Shanghai playing a pivotal role as the country’s horse centre. The sixth edition of the Shanghai Longines Global Champions Tour early this month was testimony to the city’s burgeoning love affair with all things equine as about 60 of the world’s leading show jumpers and their mounts entertained well-heeled crowds in the ritzy Pudong district.

As a CSI level-5 event sanctioned by international governing body the FEI, the meeting is at the forefront of the sport’s development in China. “I have to say I’m very impressed by how quickly equestrianism has been growing in China,” said Marco Danese, sport director of the Longines Global Champions Tour.

“If you look back over the past six years the change has been huge. It’s not only about our event; the changes outside the tournament have been monumental.

“I’m talking about the whole equestrian market and industry in China. This is also a goal of our project. As the top level of the sport we want to show it’s something that requires time and dedication.

“Equestrianism shows the relationship between horse and human. Also, kids can start riding when they are 5 or 6 years old and can go on to enjoy it until they are 60.”

Two of China’s new breed of riders, Zhang Xingjia and Zhang You, recently joined veterans Zhang Bin and Yuan Maodong to saddle up against the world’s best on what is the fourth stop of the 20-leg circuit. “With the support of the Chinese Equestrian Association, China’s equestrian strength is developing dramatically,” said Yuan, who also coaches. 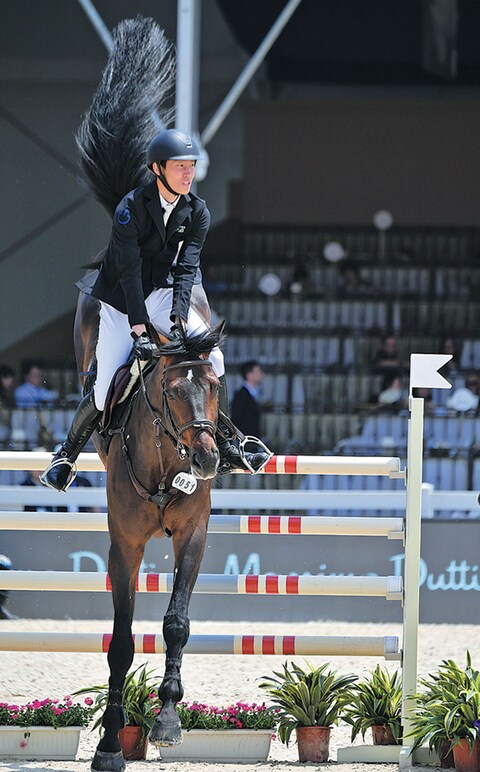 “Years ago when I competed in Europe I could barely see a Chinese national flag. But now we can see more and more Chinese riders at international meets.” In March Zhang Xingjia, 20, and Zhang You, 18, were called up to China’s national team in preparation for the Olympic Games in Tokyo next year.

Zhang You’s debut at the Shanghai meeting made him the youngest Chinese rider to compete at that level. In February he ranked 13th in the 1.60m jumping competition in the Longines Masters in Hong Kong, the best result by a Chinese rider in that category at a level-5 event.

“Riding just makes me happy, and I always have fun and meet new friends through this sport,” said Zhang You, who took up the sport at age 9. To consistently take on the world’s best, most of China’s top riders choose to base themselves in Europe.

The continent’s centuries-old equestrian culture is the envy of the scene in China, but organisers of the Shanghai Longines Global Champions Tour have been endeavouring to close the gap. This year’s meeting also featured a European-style exhibition area, autograph sessions with star riders and the Shanghai International Equestrian Fair.

In addition, the Sino-Europe Equine Industry Seminar attracted industry experts and riders to compare notes, share ideas and seek business opportunities. “As the event organiser, we have been focusing on improving the experience of spectators,” said Patrick Yang, deputy general manager of Shanghai Juss Sports Development (Group) Co. “The European-style equestrian village has been very popular, and we upgraded it again this year to deliver more surprises

“We also invited experts, organisations and representatives of local governments to attend the equine industry seminar to discuss innovations and the development of the Chinese equestrian industry.”

The movers and shakers were indeed out in force, but organisers are also focused on mobilising a younger breed of enthusiast. In January eight primary schools in Shanghai added equestrianism to their curricula, and a league for primary and middle schools has been established in the city.

“The aim is to get more children to love equestrianism and even become future stars,” said Tu Beibei, secretary general of the league. How children can maintain a balance between study and riding remains a worry for some parents. The Chinese Olympian Alex Hua Tian, who was eighth in eventing at the Rio Olympics in 2016, has shown that need not necessarily be a problem.

He began equestrian training at four before moving to Britain at the age of 11 with his family, attending Chafyn Grove School in Salisbury and later Eton College. Now a new breed of Chinese riders is following suit.

“Many talented young riders give up the sport in the hope of achieving a better academic performance, but I think academic life and an equestrian career can coexist and be mutually beneficial,” Shi Tianyang, a champion youth rider, said at the equine industry seminar. “Equestrianism can teach children self-discipline and how to organise their lives more efficiently. It also teaches them to be brave enough to face all the difficulties and challenges in their lives.”