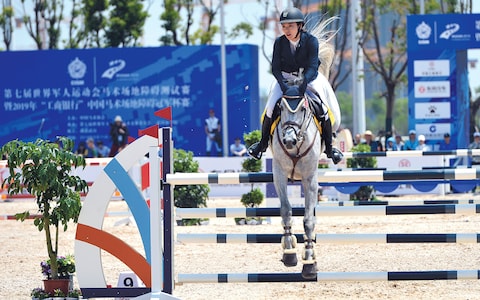 housands of military athletes from member states of the International Military Sports Council, or CISM, will take part in the 10-day 7th CISM Military World Games in Wuhan, Central China’s Hubei province, in October. The latest information about the event was released at a 100-day countdown news conference held in Beijing on July 9.

All preparation work is well underway in Wuhan, a city about 1,100 kilometres (685 miles) from Beijing, according to the organisers. Construction work on 35 venues of this year’s Games was completed. Twenty of 38 preview events were finished. Locals as well as more than 200,000 volunteers will take part in making sure the global event runs smoothly

Founded in 1948 and based in Brussels, the International Military Sports Council has hosted the Military World Games every four years since 1995. In May 2015, China, as a member state of CISM, won the bid to host this year’s Games with Wuhan named host city.

Different from previous Games held in countries such as Italy, Croatia, India, Brazil and South Korea, this year’s event will be open for the public to watch.

This year’s Games will break three records as recognised by CISM. It’s the first time that all competitions are held in one city. It’s also the first Games to feature a newly built athletes’ village and to have the largest number of competitions, with badminton, table tennis, tennis and men’s gymnastics events being held for the first time.

According to the organisers, about 10,000 military athletes from over 100 countries will compete across 27 sports, such as aeronautical pentathlon, military pentathlon, naval pentathlon and parachuting, as well as Olympic sports such as football, equestrian, swimming and basketball. 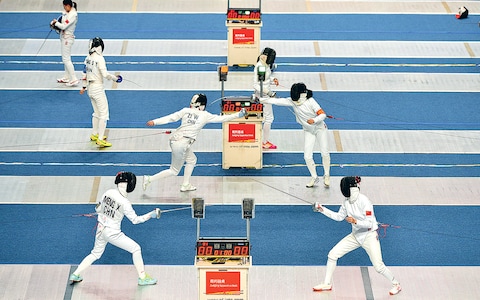 President of CISM Hervé Piccirillo has visited Wuhan many times to inspect preparations for the Games. He said the organising committee and local government had carried out the preparations well.

He was also impressed by the accommodation and the sports infrastructure in Wuhan. He believed military athletes from all countries would appreciate the great effort made in the spirit of the Games.Aug 1 is the 92nd anniversary of the founding of the People’s Liberation Army. On that day, the torch of the Games will be lit in Nanchang, Jiangxi province, and be carried through Chinese regions and army sites by torch bearers. The torch will arrive at the main venue of the Games in Wuhan on Oct 18.

The 7th CISM Military World Games will adopt the idea of green, sharing, open and clean, according to the organisers.

Only 13 of the 35 venues to be used are newly built, with others renovated from old buildings or built as temporary facilities, and about 40 per cent of the venues are at local universities. Wuhan has the most universities among all provincial capital cities in China. After the closing of the Military World Games, the venues will be open to the public for sports events, exercise, school physical training and national defence education.

Known as the “city of rivers and lakes”, Wuhan is the biggest city in the middle reaches of the Yangtze River. The Yangtze River and the Hanjiang River run through the city. Wuhan has 166 lakes and has made great efforts to preserve its natural environment, including building wetland parks in recent years.

Rich water resources and a green environment helped Wuhan win its bid to become the host city for the Games.

The city’s East Lake scenic spot, after years of careful management, has become a public model realising equality and sharing that has been recognised by the United Nations Human Settlements Programme. East Lake is the biggest urban lake in China, whose area is about five to six times larger than West Lake in Hangzhou. The lake has played host to a swimming contest known as the water marathon for three years, and will host the sailing and open water swimming events of the Games.

The East Lake Greenway, which stretches for about 100 kilometres (62 miles), will host marathon and cycling competitions.

With the events separated by venues across different locations in a city with 13 million people, it means more locals will be able to come along in support by using public transport.

“China and Wuhan have fulfilled their commitment to prioritising environmental issues and ecological protection,” Piccirillo said.