Even though MLS clubs cannot compete with the other US sports leagues in terms of income, soccer is seen as a growing market for wealthy athlete-investors 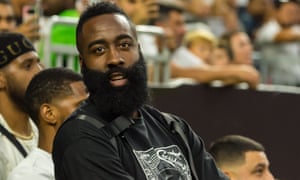 ames Harden’s summer of soccer continues. Earlier this month, the 2018 NBA Most Valuable Player had a kickaround at Arsenal’s Emirates Stadium. And he was at NRG Stadium in Houston on Saturday, enjoying Bayern Munich’s 3-1 win over Real Madrid while his new club picked up three points in Toronto. Two days prior, the Houston Dynamo and Houston Dash announced that Harden has purchased a minority stake in the group that controls the MLS and NWSL clubs and their 22,000-capacity stadium.

In simpler and less lucrative times, sports stars might have been content to open a memorabilia-filled steakhouse or bar in the cities where they became local legends. Now they are so wealthy – Harden’s salary for the coming season is $38m – that they have asset managers and strategic investment portfolios.

At 29, Harden is in the prime of his basketball career, but he is not the first NBA star to invest in football while still on the court. LeBron James was only 26 when he became a part-owner of Liverpool in 2011 in a joint venture with the club’s American parent company – receiving a 2% stake that had increased in value fivefold by last year, ESPN reported. Steve Nash, the now-retired two-time NBA MVP, was suiting up for the Phoenix Suns when he became a part-owner of the Vancouver Whitecaps in 2008, three years before they entered MLS.Harden sees the Houston deal as a way to deepen his relationship with the city where he became a megastar while tapping into a growing league in the world’s biggest sport. “It was time,” Harden said in a message recorded in the Dynamo’s locker room. “I’m invested, this is my city and I’m here, I’m here to stay. I know I need to bring a championship in basketball and I will, that’s coming very, very soon, but I just had to show my appreciation and let you guys know that I’m a part of the city and I’m here forever, so I’m a part of the Dynamo, we’re going to take this thing to another level.”

The deal is “another opportunity to expand my brand globally, over these last four or five years I became very passionate about soccer so it made perfect sense,” he told Fox local news on Saturday.

Harden was traded from the Oklahoma City Thunder to the Houston Rockets in 2012, becoming the face (and the facial hair) of the franchise. He is not known to be a regular at Dynamo or Dash matches, but has long been a fan of the Fifa video game series, which helped deepen his interest in football. So has his link with Adidas – he met Paul Pogba at Old Trafford in 2016 on a marketing trip to Europe.

The Houston deal has strong Californian links. The Dynamo’s majority owner is Gabriel Brener, a Mexico-born businessman whose investment company is based in Los Angeles. One of the other owners is Oscar De La Hoya, the former boxer, who, like Harden, was born in LA. Among Harden’s advisors is True Capital Management, a wealth management firm headquartered in San Francisco that has more than 200 current and former sportspeople as clients. The company helped set up a meeting.

“Really it started with a get-together between the ownership group and him and just feeling out if there was a mutual connection to put a partnership together. They offered him the opportunity to invest in a minority position in the team and we were instrumental in the process of helping to pull the terms together,” Doug Raetz, the CEO of True Capital Management, told the Guardian. He declined to discuss the details of the agreement.

Front Office Sports, which broke the news of Harden’s investment, reported that he acquired a 5% stake that values the organisation at over $475m. Forbes, meanwhile, estimated the Dynamo’s value last year at $220m excluding the stadium, with 2017 annual revenue estimated at $28m – around the middle of the MLS pack.

Harden has earned more than $148m in wages during his decade in the NBA, while in 2017 he signed a then NBA-record $228m contract extension to the end of the 2022-23 season. Endorsements add significantly to his wealth: in 2015 he agreed a long-term shoe deal with Adidas worth a reported $200m. The Dynamo, meanwhile, have the lowest annual payroll in MLS, as of June – under $8m for the entire squad. It is easy to see why the Dynamo are excited about the potential for Harden’s star power to lift the club’s profile – he has 9.8m followers on Instagram and 6.3m on Twitter, dwarfing their own 423,000 and MLS’s 3.3m. 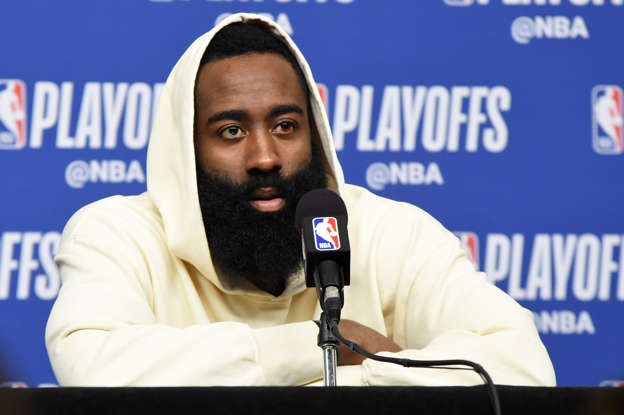 Houston’s 3-1 win over Toronto FC on Saturday keeps them firmly in playoff contention, but their crowds have declined in recent seasons and the current average, 15,557, is 19th in the 24-team competition. That number looks especially modest given that Houston is the fifth-biggest metropolitan area in the US, with about seven million residents.

With rising player wages but only four teams with average attendances over 25,000 so far this season and broadcast income still paltry by the standards of the top European leagues, it is hard for MLS teams to make an operating profit. But franchises are increasingly valuable, with demand so high that the league is charging new entrants a $200m expansion fee.

Stadiums, like other pieces of real estate, can soar in value. And perhaps most importantly, MLS’s commercial arm, Soccer United Marketing, is likely to become even more powerful and profitable in the run-up to North America’s hosting of the 2026 World Cup.

“MLS we believe has a huge future here in the US and we think it’s on the early runway of something very, very big. I think the trends of youth soccer are looking unbelievable and it’s early in the league’s history but the trend is going in the right direction and it’s being supported by the valuations that you’re starting to see in these various teams and the new franchise fees that are out there,” Raetz said.

“A number of retired athletes have been around the space and have showed interest but for an active player like James to get involved I think is groundbreaking.”

As LeBron James put it to the Wall Street Journal in 2011: “The first time I stepped on an NBA court I became a businessman.” Whether or not Harden’s MLS gambit pans out, there’s always the sports drinks, the skincare range and the socks.